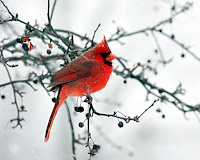 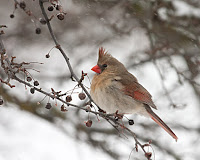 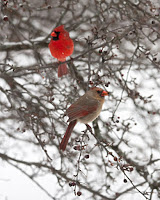 Released by Vintages on December 12, 2015.  My notes: A mid yellow clear as crystal, a moderate film quickly disintegrating from the rim but taking its time to drop and a fresh aroma of lemon rind edged with appealing grapefruit sets the start of this tasting. A deep dryness with a full tang lasts indefinitely unless interrupted by seafood nibbles: lobster, scallops, seared garlic shrimp or grilled white filets. There's no sign of sweetness so relies on hors d'oeuvres to change the character. Cellaring several years could bring forward appealing nuances. 91

Released by Vintages on December 12, 2015. Suggested tasting of 8oC and having a cellar potential of 3 years.  My notes: A crisp yellow releasing a subdued aroma of caramel and vanilla. Pair with grilled shrimp, other seafood dishes, tempura and bento options or roast chicken pieces - skin on. The initial sip is tart then increases as a bright beginning shifting to chalk dry and ending with a flat mineral finish. A medium-bodied meal white with a balance of flavours and texture rather than a social sipper where it may prompt a discussion of Pinot Blanc styles - perhaps a mystery in a formal tasting? I enjoyed from 8oC (chilled) to 12oC. 88

A Vintages release on April 1, 2016. *Price reduced from $17.95 until April 24, 2016.  Claims to retain a true Zinfandel character: robust, brimming with spicy ripe raspberry, cherry and boysenberry.  My notes: The colour of royal ruby with a charcoal hue. A swirl lays a thin film instantly fragmenting to leave countless droplets. Dry and woody only revealed by a long strong sniff. The texture is soft with a hint of black plum.  The first sip is thinnnnn, sharp, drying, woody and tasting of bright cranberry -  pleasing when quaffed. A penetrating acid with fruit continues through a long finish. Pair with lamb chops or as ground lamb and pork burgers, also grilled strips of beef. A drink now passed cellaring. 84

Released by Vintages on January 23, 2016. My notes: An agreeable red with a rustic nose on first sip. A socialiser that could get a 'meet and greet' going then on to a buffet of hors d'oeuvres. A cheerful ruby spreading a fragmented veil, very smooth on the lips then a full fruity expression and polite tang on the palate. The finish starts dry with the freshness of mainly raspberries balanced with blackberries. A modest length allowing time to appreciate its delicate structure between sips - is there a touch of sweetness or not? A drink now and would pair nicely with rare filet mignon & red/yellow pepper side or calves liver & caramelized onions. 90

A General listing and a product of Delicato Vineyards.  My notes: An initial synthetic edge adds a touch of 'strange' to a bright raspberry cherry aroma. Decanting in advance (30 min) is suggested. The colour is a deep black cherry. A swirl hangs a thin film with negligible swelling at the rim

and the flavour has a touch of red liquorice. A soft texture and penetrating acid provides some interest when sipping and stays for a long dry finish. Better as a meal red with meaty pizzas, Polish sausage & chips or Texas chili. Effect of aerating or decanting further not apparent. 80NR.

Released by Vintages on April 2, 2016. Rated 88 by John Zabo, MS  (January 28, 2016). My notes:  The 2013 vintage was tasted in January this year and rated 92. Could there be a difference in the 2014? Serving temperature was 10oC and a soft, delicate floral aroma - sweet pea perhaps - pleasant but barely noticeable. A golden blond colour with a thin film fragmenting immediately from a jagged rim. Tart from the start with a soft texture and laying a dry hint of lemon peel lasting through a lemon peel finish then slowly fading. Drier than the 2013 with a hint of clay. Pair with pecan crusted tilapia or grilled cod on a mound of rice. A drink now and refreshing as a patio cooler with ice. Presence becomes smoother on way to 14oC. 86

Released by Vintages on April 16, 2016. A blend of three Spanish grapes, Tempranillo, Garnacha and Viura.  My notes: A salmon blush colour, crystal clear - to look means to sip. A swirl leaves a crinkled rim and a sip leaves an arch of long fast legs before fragmenting as a silk curtain. A delicate melon strawberry invites the first sip soft on the tongue with a suspicion of sweetness, then chalk dry, warming in the throat, slowly receding as a long tangy finish. A fish white or have with slices of turkey or chicken, an iceberg salad with breaded shrimp - not demanding. Try as an aperitif. A drink now. 89

A General listing reduced from $17.95 until April 24, 2016.  My notes: One aerated and one Not. First with the Not. The colour is a deep charcoal tainted ruby with an acerbic edge to a cherry, black currant, rhubarb nose. The film sticks before thin becomes a fragmented curtain. The first sip leaves a dry coating on the palate, is tart and parts with an unusual cranberry twist to black cherry. A long finish allows a distinct mustiness to show itself. However I can see how this Ripasso could become a regular pasta and pizza partner. Aerating lessens the 'unusual' of flavour, nose and finish as does opening an hour before serving. Medium-bodied with the same colour, dryness and finish as Not and a meal red. 83

A General listing. My notes: Our next door neighbour made a family red similar to this: bitter, thin with an intense bite. The colour is a medium ruby leaving a moderate film with legs running from a fragmented rim. A light aroma of cranberries sufficiently tangy to entice although the first sip wakens the taste buds abruptly. An ascetic layer gives a furry touch on the tongue and the flavours leave an extra dry finish. Have with grilled beef burgers, chorizo sausage, Texas chili and savoury Osso Buco. A red that has limitation with food, finding patrons and ageing. A drink now.  81NR

A General listing.  My notes: Apparently lots available as of writing - vintage?  A ripe black cherry colour opaque to view leaving a thin film and an arch of slow tears. A black cherry aroma edged with dark chocolate and a light spice. The texture is extra dry, velvety smooth building brightness with each sip and finishing long and lively. A medium-bodied meal red leading as a pleasing socializer. Have with beef steak, beef bourguignon or deluxe pizza loaded with Italian sausages and spices. An excellent blend with good cellar potential 93

A General listing reduced from $10.95 until May 22, 2016.  My notes: A nonVQA wine referred to as an International Blend made from non Canadian and Canadian wines. The information on the website is sparse with tasting notes  for the 2013 'vintage': a crisp and tart socialiser with 'a kick to it!'  I aerated for a second sample. First the non aerated: there's a purple tint to a deep ruby. A firm film lays a few long tears then many smaller drops appear suspended on the glass. A burnt toast edge and whiff of sourdough on tart red cherry carry the main flavours. The first sip starts silky, is extra dry with jammy flavours extended through a long thin finish. Aerating or decanting lessens the sourdough aspect in both nose and flavour and either is recommended. Pair with salt crackers, pepperoni pizza or spicy tomato lasagna. A drink now. The bottle was discarded.  81NR

A General listing *reduced from $16.95 until May 22, 2016.  My notes:  A straw blond that leaves a thin film with crinkly edge flowing long legs. At 10oC faint grassy aromas attempt attracting attention without success - a full citrus with smooth roundness. I miss the gooseberries. The first sip is extra dry and tart, an appealing lip smacker. The finish carries forward a lemon lime flavour suitably mild and with enough depth for a variety of seafood and Asian dishes. Refreshing as a summer patio appetizer - throw in an ice cube. Young although may not improve with cellaring. B50 C5 N10 F&F14 P0 T5 84

Released by Vintages on April 30, 2016. Rated 92 by Michael Schachner Wine Enthusiast (February 2015). James Suckling rated it 94 (July 30 2014).  My notes: As dense a ruby I've seen and a swirl leaves a firm film dropping as a single sheet. A tilt shows long legs from a curved veil and a sniff senses black- and blueberries behind a wall of aged oak. Everything is a mystery before the first sip then silken fruit slowly unfolds and builds on the taste buds. Well balanced tannin and brightness to match berries blended with dark chocolate and spice. There's lots to slow the sloshing to appreciate this wine's character and how it complements a savoury stew, pork tenderloin with glazed mushrooms or Osso Buco. At peak now with some years left. Beautiful!  94

A General listing and a Constellation Wines Australia product.  My notes: The colour and flavour of black cherries blended with rustic oak and a slight mint. Nicely nippy on the tongue with fruit coming forward and the warmth of alcohol. The film decorates the glass running fast legs and rounded arches. Medium-bodied with staying power for a long finish softening as mild tannin spreads evenly across the palate. Pair with spicy pizzas, tomato and beefy lasagna or a Keg T-bone. Meant to drink now it may keep on the shelf for a year or two. Aerating mellows the bite a touch for those needing relief, albeit minor, from a pleasing intensity. 88