I thought I'd try Tasting from 2 POV's (Points of View 1, 2):  Perusing 20 or so Tweets a day introduces several wines most of which aren't available in the LCBO. The wines are usually recommendations but often are highlighted as 'tried and found interesting'. The tweet may focus on style, origin, a winemaker or dining experience and reference a followup article. This is the source of POV selections.

The Red below was released by Vintages this month (February 20th). It was rated highly (90) by Winespectator critic James Molesworth and is in the price range ($18 to $25) that has a higher potential to include 88 to 90+ rated wines. This wine is going into its sixth year with potentially four more years.

Try it! See where it falls in your spectrum of value wines.

POV 1 - Outside the Bottle:

My guess is it'll be a velvety sipper with a touch of softness, have a bright black fruit intensity and a firm, not rigid, backbone. It will pair well with roasted and grilled meats and have a cellar potential of another four years making it a short term value if true.

My Tasting notes: A dense ruby laying a moderate film that sticks then drops viscous tears from a swollen rim. A woody coating and mild cherry fruit combines with a noticeable black liquorice finish: dry, tart and tangy - a tad smoother when aerated (not velvet). Slow sipping puckers the mouth with no suspicion of sweetness but long and chalky. 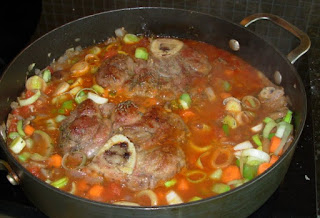 Released by Vintages on November 14, 2015.  Rated 92 by Ian D'Agata  (April 2015).  My notes:  The colour is a dense ruby and a swirl lays a viscous film with a few pearl strings from a fragmented rim. Bright edged, smooth at first then dry in the mouth going into a long juicy finish. Red plum, cherry with dry cranberry and espresso make up its  flavour spectrum - scrumptious. Aerating brings some softness while the dry texture is retained. Aerating is preferred.  Have with red meats grilled or barbecued with a rich rub. Cellar potential is ending. 91a

Released by Vintages on October 31, 2015. Rated 88 by Steve Thurlow  (May 8, 2015).  My notes: A deep ruby purple tinted at the rim and leaving a firm film from the first swirl then dropping viscous tears. The nose is light black cherry mellowed by a mossy body and brightened by a mild tartness. The first sip is velvety and almost stings as it layers the palate with dry tannin. Finishes with a hint of sweetness and is long and brambly. This should cellar well balancing acid with more dominant fruit I suggest waiting another few years. Aerate for a drink now, decant or uncap then wait a day. Pair with savoury meats. 85a

Released by Vintages on October 17, 2015. My notes:  Opened at 8oC there's a perceptible numbing of aroma and flavour. Delaying until 12oC begins a release of both for a more pleasurable quaff, a gradual increase first in floral then a 'perceived sweetness'. A clear pale yellow sparkles in the glass and a swirl shows a fragmenting rim draining a few fast tears. From the first sip a fine chalk edge lends a mineral aspect to a long, tart lemon finish. A light-body and smooth texture is a match with grilled seafood: tilapia, cod, halibut on wilted greens and rice - went well with Rainbow Trout. A 'PG with a difference' and a drink now. 87

A Vintages release on April 1, 2015 *reduced from $21.95 until January 3, 2016.  My notes: A ruby with a non-see through deep and clean. A medium body, an extra dry tartness with a viscosity that clings to the walls then runs long fast legs against a lacy background. Warmth and a thyme scented plum aroma is pleasing but you have to look for it. The first sip makes itself known quickly from its drying tannin and woody fruit. Aerating may mellow the tartness slightly. Not my idea of a sipper - more of a meal red paired with tomato pastas, chorizo slices or meatballs, roast chicken pieces with a stir-fry of sliced peppers, yellow/red/orange. Past cellaring. 84

Released by Vintages on April 1, 2015. My notes: The 2009 vintage was rated 80 when tasted August 25, 2011: the 2012 88 in May, 2014 and the 2013 82 in September, 2014. The nose of this 2014 is 'damp towel' with a touch of lime/pineapple. A swirl shows a thin film with a lacy rim. At 10oC  the texture is smooth with a light tang and leaves a dry layer on the tongue. The flavour is bright from the first sip then soon flattens going into a long finish. Better quaffed than sipped although fades to unpleasant. Possibly pair with whitefish, sushi and sliced pepper/broccoli stir-fry.  NR

Released by Vintages on April 1, 2015.  A blend of 70% Tempranillo, 20% Garnacha (Grenache), 10% Graciano and Mazuela (Carignan).  Rated 91+ by Luis Gutierrez, April 2015).  My notes:  A deep ruby with a tight, dried cork... The aroma fills the senses with a soft spicy plum, both warm and woody. Perhaps a blend testing as well as comforting through a rough sip and long sniff. A swirl lays a sticky residue on the glass holding back delayed tears. The first sip shows bright cranberry against a fat plum and the dryness of fine tannin lasts long on the palate. Aerating has some effect - decant for a slight softening. Pair with rubbed ribs, T-bone or tenderloin. On the down side of cellaring. 86

Released by Vintages on August 22, 2015.  My notes:  A gentler Viognier with quiet aromas and a polite nip. The film sticks leaving a swelling rim that crinkles and slowly laces as it drops. The colour is a clear light golden and there's soft butter on the lips and a pleasing roundness in the swallow that builds for a long finish ending dry and tart. Serve chilled and watch for textures and flavours to co-mingle for a sociable sipper - or pair with lightly seasoned seafood. 84

A General listing *reduced from $14.95 until November 29, 2015.   My notes:  An insipid yellow with a suspicion of hay on a  sweet nose. A veil of tears falls as a curtain leaving a few whole streams on the glass. Served at 10oC this is sweet, near luscious, and tart with faint fruit fronting a long finish. Ends with a collection of characters rather than an integrated profile. Have with Thai, Japanese or Mandarin Gardens Chinese, ie. sweet or savory Asian. Did not go well with a grilled ham steak with pineapple slice. A drink now for a modern crowd. 81

A blend of Gewurztraminer, Riesling, Pinot Blanc, Pinot Auxerrois and Schoenberger.  My notes: Joie Farm prides itself on following an Alsace, France tradition for blending this white this being a good example. A mixed variety of whites that provide a balanced hay, mango, peach and apple flavour each contributing but not dominating. A moderate film casts a dozen slow tears from a tenuous rim. A faint floral fronts a non-obtrusive nose. Flavours, aromas, a dry texture and a touch of sweetness are pleasing to sip and there's enough body to carry well with many seafood recipes: cod on basmati or risotto mound, shrimp in parmesan and white wine pasta etc. A modest four years in the cellar shouldn't harm. 91

Released by Vintages on January 9, 2016. Rated 89 by Michael Godel winealign.com (November 8, 2015).  My notes: A see-through crushed cherry with aromas of blueberries scented with tangy red currants. An unpleasant side of the nose dissipates quickly - air 30 minutes. The film is thin, lacy at the top and quickly dropping with tears starting third way down. Smooth and dry from first sip, a lightish medium-body dry as a bone for a long flat cherry/plum finish following the initial sip. Have with a buffet spread rather than sip solo. Or with tuna and capers, lochs and cream cheese on a bagel or salmon burgers. May survive short term on the shelf. 88a

A Vintages release on Januray 9, 2016.  My notes:  100% chardonnay that sustains a profusion of bubbles bursting on pouring prompting caution in a social crowd. A woody citrus combined with a penetrating tang pauses initial sniffs. A sip receives a full flavoured Meyer lemon combined with ample body that warrants closer attention - don't spoil with nibbles (perhaps a 5 year Cheddar?). A long finish allows time to relish this bubbly. Overall a flexible socialiser that's refreshing as an aperitif, a celebratory toaster or summer-on-the-patio sipper. Planning a crowd? Buy extra while it's available. Bottle weight is 2 lbs. 92

A General listing.  My notes:  *Reduced from $16.95. A see-through cherry/raspberry blend that swirls a thin weeping film. A sniff senses berry fruit delicately edged with a scent of sliced mushrooms. The texture is soft and silky with a light-bodied blending of berry fruit and dryness. A suspicion of sweet comes forward as the finish fades. OK with a Quiznos Classic Italian on herbed bun. Short term cellaring, ie. 2 years, may retain current balance - serve lightly chilled (12oC).  87

A General listing.  My notes:  Air 20 minutes or aerate. This has a royal ruby glow and aromas of earthy cherries and slight peppermint. A swirl lays a thin film that spreads evenly up to an unbroken rim. The first sip includes a fine velvet layer and a touch of sweetness leading into a long cherry finish including a viscous residual on the palate and a warmth that broadens the appeal. Went well with fennel coated pork loin chops. A cloying aspect builds in the finish - not noticeable with a meal - slows sipping. A drink now.  83a

A General listing and *reduced from $12.15 until February 28th.  My notes: A shiny pearl with a yellow tint that lays a thin film falling gradually from a crinkled rim. A sniff reveals a balanced aroma of vanilla and lemon - a bright combination and silky smooth for slow sipping. Flavours start with a citrus nip and subtle sugar ends with a fuzzy finish moderately long to pair with a Chinese buffet or Bento Box. Keep chilled. We had with grilled chicken pieces covered in a Taiwanese peanut sauce just spicy enough to satisfy this cooler white. A drink now. At the lower price chill a dozen for a social get together. 90

Released by Vintages on January 23, 2016 and rated 90 by James Suckling (June 23, 2015).   My notes: A bright yellow in the glass with a veggie tainted pineapple lemon aroma. Leaves a viscous film with an open lace as the budding rim recedes. Buttery shifting to a chalk dry finish, warming to the throat and lasting. For Chardonnay lovers.  A seafood white to pair with crackers and cheese, prosciutto on breads or  grilled garlic shrimp and scallops. Cellaring several years should benefit. 89