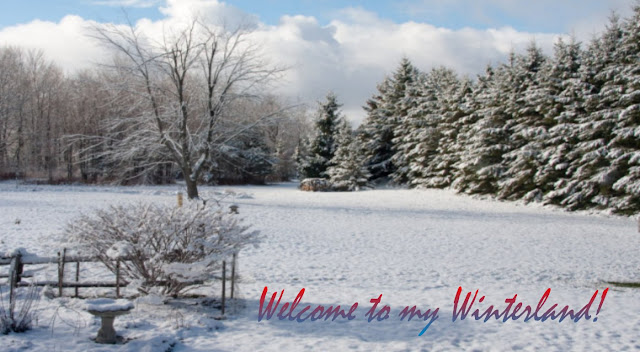 A Vintages release on April 1, 2015 and *reduce from $ 19.95 until Jan 3, 2016.  My notes: A Delicato Vineyards wine. The colour is a regal ruby or a cross between a ripe raspberry and blackberry. A thin film sits hanging from a wrinkle rim with a tilt flowing long slow tears. A touch of bright lacquer and crushed blackberry sets a smooth background for an extra dry layer of tannin. A faint lacquer on aged blackberry skins continues through a long finish appealing to those that have acquired the taste. Lamb, rib-eye and anything meaty red and savoury. Past fresh fruit and going into a tangy herbal stage. A drink now past cellaring. 87

Product discontinued at a reduced price*.  My notes: A mid yellow clear as crystal on pouring. A thin film forms a fragile rim bursting with fast legs that quickly separates into nodules on the glass.  The nose is faint: some crabapple and some mango - tho' not much to relish. A metallic dryness takes over aroma and taste going into a long finish. A meal white for Swiss Chalet chicken was OK with pan-fried Trout on green beans with an anchovy butter sauce. An exploratory drink-now not for cellaring.  82

A General listing.  My notes: An aspect of burnt match to a jammy berry meets the nose as well as a see-through mid red colour introduces this Pinot. The film is thin and runs a quickly fragmenting rim. Aerating pushes a pleasing cherry fruit forward. The first sip is sweet with crushed berry, tart, smooth, less jammy and sticky on the palate. Aerated, the taste is a bit cleaner. Finishes long and dry. Paired nicely with a savoury side of grilled pork ribs. My sipping preference is less jammy. A drink now. 85

Released by Vintages on May 2, 2015.  My notes:  The colour is a light golden and there's a pleasing sweet pepper on the nose. A modest film sits under a full rim slowly falling without tears. A dry first sip carries with it a delicate vegetable flavour - not the traditional gooseberry. Body is medium carrying a refreshing uniqueness for a long extra dry finish. Sip if you prefer or combine with grilled scallops/shrimps in a garlic sauce. Paired nicely with Romance Sushi from Sushi Park on Dundas. A drink now. 87

Released by Vintages on May 16, 2015.  My notes: A blend of  34% Sauvignon Blanc, 20% Semillon, 17% Chardonnay, 14% Riesling, 11% Pinot Gris and 4% Gewurztraminer. A light gold that lays a thin film with a swirl or tilt ending with a lacy pattern. Poured at 11oC the aroma has a dry grassiness with a silk texture and prominent bitterness. Starts smooth quickly changing to chalk masking any fruit. Ends on the chalk note and a succulent medley of citric juices. A possible sipper at 14oC with hard cheeses/salty crackers - was a satisfactory match with grilled Rainbow Trout and would with most seafoods. Nothing to gain by cellaring. 84

Released by Vintages on October 31, 2015. Rated 92 by Kim Marcus of Wine Spectator, March 31, 2015.  Sustainable dry farmed.  My notes:  The colour is a dense ruby up to the meniscus. The aroma is interesting being a soft plum cherry blend with a smoky tang for brightness. A swirl glides smoothly while a tilt lays a viscous film with a rounded rim dropping seamlessly. Bright on the palate, flavours of moody black cherry, dry with a penetrating warmth lasting through a long finish. Without nibbles the dryness wears out its welcome - aerating does little to soften a moderate bite and is not needed. A drink now and past cellaring. Pair with beef entrées, sausage patties or savoury bourguignon/Osso Buco. We served with Starsky's marinated pork souvlakis and stir fried mixed sweet mini peppers - not quite a match. 89

A General listing and product of  a Constellation Brands winery.  My notes: First, a strong nose with a black currant and raspberry fragrance along with a concentrated bitterness. A swirl lays a firm film cascading long fast tears that stick to the glass. A cleansing brightness and heavy tannin with herbal tones start then slowly fade. Difficult to describe as 'fruity' - perhaps 'woody'. A must to aerate for a tolerable sipper although the dryness still needs nibbles. Match with savoury beef ribs or Texas warm/hot chili. A drink now for stalwart socializers. (much improved after several hours open). 80a

Released by Vintages on May 16, 2015. My notes: The colour is an dense crushed blackberry. The second swirl adds to the initial film that gripped the glass. A tilt leaves a solid rim flowing a curtain of a slow tears. A delicate aroma of plums edged with a pleasing tang precedes the first sip - juicy with a smooth texture and a full-body - also a full flavour of blackberry, some blueberry, a suspicion of black pepper, bright with drying tannins. Demands attention as a sipper. Lesser so if paired with seasoned steaks, short ribs or filet mignon grilled rare. At peak with a few more years cellaring possible. 93

Released by Vintages on August 22, 2015. An organic wine.  Rated 91 by Sara d'Amato, (December 4, 2014). My notes:   A mid yellow with an interesting soft lemon aroma on first sniff. Nose fades at 12oC however body and texture builds. A swirl leaves a thin film topped by a crinkled rim that drops a few slow tears. A creamy fullness and the start of a refreshing sharpness makes this an interesting sipper. A perceptible sweetness flushes character - also look for a temporary warmth and a mineral edge. Sip or pair with roast chicken, Guinea hens or turkey burgers. Will cellar well. Went well with a Tuscan Pesto Pizza from PizzaNova. 89

Released by Vintages on November 28, 2015. My notes:  A light lemon yellow on pouring laying a light film showing a krinkly rim and a few fast tears from a swirl as well as a tilt. A delicate lemon aroma tainted with a suspicion of vanilla, perhaps a waft from a mobile ice cream vendor. Successive sips build the character of chardonnay: slight butter on the palate, a dry edge and a lingering aroma and flavour for a 'Lush and expressive' finish. A conservative drink now with potential for additional rounding from a few years in the cellar, however, more of a social sip now. 87

Released by Vintages on May 16, 2015.  A blend of 38% Touriga Nacional, 30% Touriga Franca, 20% Tinta Toriz and 12% others.   My notes:  A lovely nose makes a great first impression: a hint of blackberry, highlights of cranberry with the roundness of blueberry and matches closely the deep colour.  A delicate fragrance fades earlier than anticipated (without any evidence of being foot trodden). There's a polite tang for interest, and sufficient flavour for a long smooth finish. Sip slowly then quaff to renew intensity. Match with slow cooked calves liver and portobello/creminis. Drink now or short term cellar. Stock up!  92

Released by Vintages on December 12, 2015.  Rated 4 out of 5 by Susan Desjardins, (March 11, 2013)  My notes:A notable nose as it hasn't one. Poured as a coquettish salmon colour with a frothy head rising to overflow half the flute. Foam with a tart spritz and continuous bubbles to tickle the palate and medium-bodied to satisfy socializing on a sunny deck with a tray of soft cheeses and salty crackers. Have with bangers, waffles and maple syrup --- or just sip, better yet quaff.  A drink now. 87

A General listing. My notes: A cream and vanilla aroma from first pour at 10c followed by soft apple. There's a thin but firm film showing a full rim that quickly sheds dropping evenly around the glass. The colour is a mid yellow and the texture has a pleasing cream, a moderate tang and a dryness that not quite masks a background sugar - nicely balanced - and a long finish. Serve to those preferring a chard with character including a touch of caramel. Roast chicken, mild Italian sausage with buttery egg noodles could be a match. Short term cellaring - up to five years - could deepen profile. 87

A General listing. My notes: I've tasted this vintage a few times - rated a 93 on December 23, 2014 and 83 on May 6, 2015. Why the variation? There are so many factors I wouldn't hazard a guess. The price we know  has increased $2. A see-through colour of crushed black cherries leaves a thin film and a crinkly rim on the glass. The nose has a penetrating nip similar to freshly brushed varnish but with aromas of crushed ripe cranberries. The first sip stings the palate before changing to a woody cranberry that lingers for an extra dry finish. Aerating or decanting thirty minutes lessens the sting bringing forward a brighter fruit and is recommended. Conflicting when served with roasted pork tenderloin in a herb sauce - I'd pair with spice rubbed steak or back ribs in a savoury sauce. Without aerating its a medium-bodied, harsh sipper with a touch of sweet. A drink now without finesse. 81