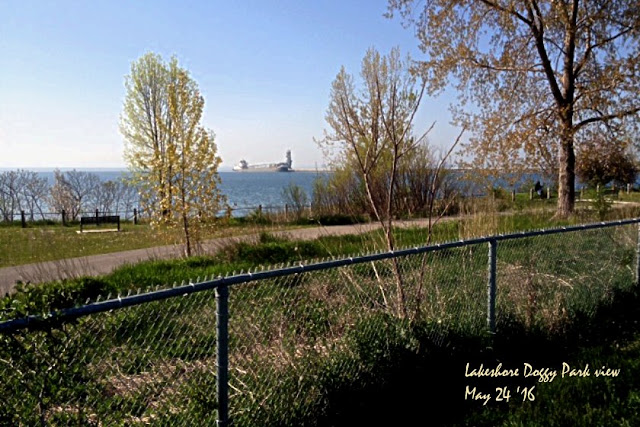 A General listing. Reference: WineSearcher  My notes: A woody scented plum and cherry starting from the pop of the cork. The film is firm showing a finely crinkled rim that quickly runs a curtain of flowing tears. The initial sip starts silky smooth changing to a sustained bright cherry and a pronounced tannic dryness. The finish continues gradually evolving to a lighter version of itself. Aerating softens the tannin to improve solo sipping and is recommended. Serve with tomato pastas with chorizo pieces or ground pork/lamb/beef. At peak or just past - a dry medium-bodied red. 85a

A General listing. My notes: Winner of many medals - gold, silver and bronze - at wine shows in many countries.  A fragrant blackberry edged with a warm touch of mushroom very evident on popping the cork and throughout a tasting. Lessens when chilled. The colour is a dark ruby running a dozen or so standalone legs from a thin rim. The first sip stings and broadens its intensity as it fills 'olfactory central' - long, bright and extra dry. Aerating brings out a softness that almost balances a parched finish. Pair with lamb or beef dishes. Still young and able to support several years cellaring. Follow cooling instructions (16oC-18oC on label)) for sipping although I preferred 18oC thru 20oC. 92c

A General listing. My notes: There's a purple tingle to a deep ruby and a nose sensed when opened at arm's length. A firm film leaves a cascade of full tears that drain slowly. An intense brightness with penetrating tang makes a young sipper, warm and dry in the throat. Flavours of red cherries not fully ripe adds a cranberry edge.  I preferred aerating for a slightly milder swallow. Medium full carrying a roundness and the warmth of a long finish. Adds brightness to a meal of beef Wellington, Italian Shepherds Pie or grilled lamb. Open now if you prefer a bright young red (87a) or delay several years (90c-2)

A Vintage release on April 2, 2016. Winner of gold at the Councours des Vins ORANGE in 2015.  Researcher: WineSearcher .  My notes:  Along with Mourvèdre, Grenache is one of my favourite blends. In 2008 I tasted several combinations of commercial wines with the objective of determining the effect of blending several varietals. Tastings are found at The Blending Game - Part 1 and Part 2 . Not to compare but rather a reminder this is a blend of grenache and shiraz. It has a viscous film that hangs heavy with a dozen tears drooping slowly to the meniscus. A frame of old wood supports the taste of black olives balanced with tart ripened cherry, dull plum and tannin. The colour is a deep ruby. A long finish starts extra dry then recedes quickly as fruit disappears while the tannin prevails.   Quaffing brings out a bright sipper - otherwise a meal red to pair with beef Wellington, savoury stroganoff or lamb stew. Aerating is recommended. 87a

A Vintages release on May 14, 2016.  Reference: WineSearcher  My notes:  A pale yellow in the glass with a dry grassy aroma. Serve at 10oC quaffing regularly for its penetrating freshness and silky texture. A dry, pleasing aroma peaks at 12oC trailing off at 15oC - a sipper on the unusual side and an appealing white ready for grilled filets: cod, tilapia, halibut breaded with chips or fried onions. A swirl leaves long legs falling from a fragmented rim. Citrus and almond flavours are sustained while leaving a short but intense warmth. A sunny patio change-up paired with anchovy or garlic toasted nibbles. 90

Released Vintages on July 11, 2015. Rated 90 by Michael Schachner, Wine Enthusiast (February 2015).  My notes: 100% Tempranillo aged 5 months in French oak. Deep purple with aromas of ripe black cherries, softened caramel and black tea that waft straight to the nose. Lovely! The film sticks delaying a single circle of tears and the first sip releases a penetrating acidity that quickly warms the nasal passages. Medium-bodied with a finish that's dry as chalk shedding most fruit to leave a prominent woodiness - quaffing can be sharp. For sipping, pair with Polish sausage or a tray of hard cheeses. Better to pair with well seasoned beef and similar game cuts in a peanut sauce. No touch of sweet here. 89

Released by Vintages on May 28, 2016. Rated 91 by Thomas Matthews (March 31, 2016).  Reference: WineSearcher   My notes: The dark colour and high alcohol gives an expectation of bold and penetrating. However the aroma is a soft blackberry blueberry with a juicy edge. A sip shows a juicy berry blend with a touch of tannin to form an extra dry finish and balanced warmth. A firm film slowly thins through a dozen slow tears with only micro-drops remaining. Pair with a rich steak, a savoury stew or osso bucco. Aerating changes silk to velvet. A negative is a 1.5 lbs eco-unfriendly bottle.  92

Released by Vintages on May 28, 2016.  My notes:  A powder puff pink with sufficient viscosity to cling then release a stream of tears. The first sip has a pleasing dryness, a polite tang and slight chalk going into a long finish. There's also a suspicion of sweet to balance the acid retaining a brightness to flavours of apricot and, following the flavour, adding succulent stone. Pair with grilled chicken breast or artic Char and side of asparagus. A drink now as well as a meal companion. 90

Released by Vintages on April 1, 2016. My notes:  A pale yellow leaving a thin veil hanging several slow tears then fragmenting as a spread of loose nodules. A sip finds an extra dry texture with a mild citrus flavour, a smooth fullness and long appealing finish. Pear and apricot adds to subtle citrus building for a long appealing finish. Crab or lobster pieces, mussels in a white wine and garlic sauce or pecan crusted cod/tilapia would pair well. OK now but could be a surprise cellar wine - try four years.   88

Released by Vintages on November 28, 2015.  Reference: WineSearcher.  My notes:  Zuccardi is big in Italy and now Argentina. A pale yellow laying a fragmenting rim slowly accumulating then dropping moderately fast legs. The fragrance leans to vegetable not showing a floral viognier. Very dry with mineral and some grassiness on the palate. If sipping keep chilled - better with salty nibbles. More of a thin meal white to pair with a seafood assortment, grilled served with a dipping sauce, or a chorizo pizza. 86

Released by Vintages on May 28, 2016. My notes:  Has the look of Naples yellow with a clarity that glistens. Sweetness balances with tangy for an unctuous first sip then finishing dry on the tongue. A swirl lays a thin film fragmenting at the rim with spots left high on the glass. Tree fruit aromas on the apple/citrus side reinforces a tangy theme and a touch of Bosc pear. Interesting and flexible. Try with seafoods: battered fish and chips/onion rings. Bento box veggies and shrimp fingers, grilled lobster pieces. Short term cellaring isn't out of the question. Perfect for a summer patio do. 90

Released by Vintages on November 28, 2015.  Reference Winesearcher:  My notes: The colour is a brilliant yellow. At 10oC a fresh and distinct aroma of coconut and tangy butterscotch is an interesting intro to what is a bold sipper. Flavours are supplemented with chalk and unripe lemon slowing sipping to a crawl. Extremely bitter on the swallow then slowly fading leaving citrus and vanilla with a slight softness as a finish. Letting the temperature creep to 15oC finds some refuge. Have with shellfish and buttered pastas or Italian meats, stuffed mushrooms. Aerate or decant 30 minutes - and have a backup. 82

Released by Vintages on February 20, 2016. Reference: WineSearcher . My notes: A shining mid yellow with a instant foam on pouring followed by a crescendo of lively bubbles. Just perceptible is a refreshing Gala apple. A sip senses a polite tang enjoyable but fades quickly riding on a tickling spritz. The finish is short as fruit and fragrance are muted to be prolonged by continued sips. Could be a celebratory toaster, with an oz. of grapefruit juice a wakeup call in the morning or indulge with fresh popped popcorn watching a sepia toned movie. A welcomed social mixer for an amorphous crowd. 87

Released by Vintages on April 2, 2016. Reference: WineSearcher. My notes: A mid yellow, crystal clear and, served at 10oC, having an indiscernible aroma. The film sits firmly on the glass before accumulating enough volume to release several slow tears. The first sip has a penetrating tang, a chalky texture and a mild peach fuzz flavour. The tang fades going into a moderate finish, medium-bodied character and, lacking substantive flavours, having little reward as a sipper. Loses appeal at 15oC, such that I can't pick a match as a meal white - tried with roast chicken and the bottle was discarded.  77NR