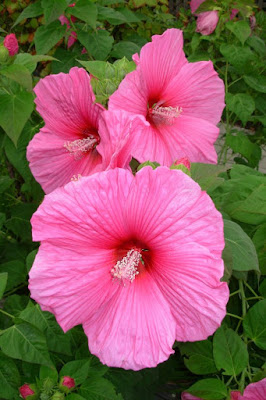 Eighty is a significant age during a period of any number of man-made and natural catastrophes - so I'm fortunate and double fortunate having a family that celebrates special days. So came a gift certificate that included, in chronological order: 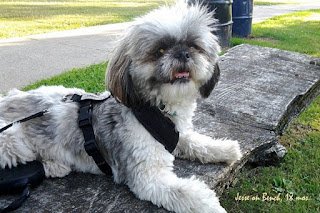 If I listed all of the superlatives during our trip I would be falsely accused of exaggeration. I am also grateful to have a spouse that shares an appreciation for all things oenological.Our destination, located in Jordan and just an hour's drive away, we set off at 9:30am stopping to drop off our loving little Shih-Tsu, Jessie, at our niece's in Burlington on August 14th to be picked on the 15th.

Note: A few wines have been added to plush out my selections.

Purchased from the winery.  My notes:  A mid yellow with a delicate peach hue and swirling gives a thin film with a rim dropping a curtain of small fast tears. Serve with crushed ice on a summer patio - perhaps with a maraschino or two. Also serve chilled for a tart, refreshing taste of a lemon pulp scent and flavour to match and balanced body. A meal white suitable for shrimp, scallops or a soft cheese and cracker platter. The finish continues to dry the palate leaving a nondescript scent, is limited to pair having been too long in LCBO warehouses.   81

Purchased from the winery.  My notes: Served at 10oC a glistening mid yellow invites the first sip. Tingling in the throat and lightly flavoured, a touch of butterscotch adds interest to a faint tangy lemon and pear. Extra dry increasing as wine flows down the gullet. A fish white or have with crisp side bacon atop Maple syrup soaked wheat waffles. This has developed to its fullest. An expression of 'local terroir or winemaker preference'   84

Purchased from the winery.  My notes:  My notes:  A mid yellow with smoothness shown by the viscosity on the glass: long, fast legs with one swirl. The nose has a delicate grassy edged soft citrus - no distinguishable floral, no butter nor caramel.  More grass and an aggressive tang, refreshing as a solo sipper parching the palate and enduring for an extra dry finish. Serve chilled and maintain at 10-12oC throughout. Pair with a buffet or grilled seafood. 86

Released by Vintages on April 1, 2016.  My notes:  A mixed greens scent from a delicate blond colour - a sip leaves a chalk dry touch to the palate going into a bright, served at 11oC, light-bodied, refreshing, sweet edged quaffer that spreads a thin film dropping evenly from a krinkled rim. A favourite when relatives visit with (or without) a buffet of wrapped asparagus, a mix of stuffed mushrooms, hard cheeses, ham & pineapple or Italian meat slices. Always available and best at a recent vintage. Try serving with a lime wedge.  86-1

Purchased from the winery.  My notes:  There's an attractive peach hue to a crystal covering against the glass. The film recedes slowly with no tears forming from a just perceptible viscosity. At 10oC the nose has a cooling whiff of apple-pear, enough for a mildly interesting sipper. Also, there's a bold lemon showing - sufficient to partner with a cheese tray and salt crackers. Finishes with a long chalk and mineral edge. Pair with a seafood platter: grilled mussels, seared shrimp/scallops or tilapia on creamy risotto. More of a sipper for a social event. 83

Purchased from the winery.  My notes:  A crystal clear yellow when poured at 10oC. This seven year old has an aroma of citrus and slight pear but doesn't offer it willingly. A first sip grabs the throat politely then goes on to a dry finish.  A swirl leaves a wrinkled rim of small tears that grab the film until only a few beads remain. The scent opens up at 12oC with some light cream. A bite and noticeable fullness are an attraction at 14oC and adds a refreshing note with grilled seafood: lobster, crab, scallops or halibut. Prices vary from $~18 to Vintages' $24.95   At the end of cellaring. 86

Purchased from the winery and 100% Chardonnay, aged 10 months in French oak.   My notes:  My notes: The honey tint adds visual interest to the mid yellow of this extra dry Chardonnay. The film is thin gradually fragmenting leaving only a few nodules on the glass, sometimes a few tears. Sipping at 11oC starts out extra dry, tangy on the tongue, luscious and full of evolving flavours: caramel, tea, lime and pear. My preference is to sniff and ogle changes on the way to 14oC. Now four years under cork and could go another four possibly softening fruit and adding some silk. Pair with hard cheeses and Italian meats.  91

Purchased from the winery.  My notes: A rich golden poured at 10oC with a delicate flint and orange pith scent. The film sticks hanging from a wrinkled rim - a few tears struggle to drop then quickly fragments into a thousand nodules. Fumé  flavours excite the palate, staying then adding warmth with each dry sip. Pair with hard cheeses, Italian meats, finely diced proscuitto/ground pork/onions/stewed tomato/thyme and oregano patties brushed with oil and grilled. Cellar several more years to continue current development or drink now. 90

A vintages release on November 28, 2015.  Rated 90 by Tyson Stelzer  (February 27, 2015).  My notes: Found at the retail price in an LCBO 'bargain bin' . A burst of large bubbles backed by a fleury of medium. The colour is a grapefruit yellow and matches delicate aroma touched by whiff of nutmeg. A refreshing tang adds to a fading grapefruit influence waking the olefactories. With the citric zest and succulence this is well balanced for a celebration. A dry chalk adds flexibility as an hors d'oeuvres partner: chilled oysters, stuffed mushrooms, prosciutto wrapped asparagus, or shrimp and kale salad. Keep chilled. 90

Released by Vintages on April 30, 2016. Rated 92 by James Halliday .  My notes: On first glance a pale yellow - on second, more of a pale leaf green. An energetic attack  full of green grapefruit wakes the buds, bright and luscious with a long finish that slows the second sip. The nose settles to a grassy floral - pleasing.  A tooth cleaner takes over and a careful swallow avoids a full awakening. Serve well chilled then note changes as it reaches an amenable 14oC. Pair with lightly buttered scallops, shrimps or grilled whitefish. For chard lovers ready for a difference. 91

Released by Vintages on August 6, 2016.  My notes:  A charcoal adobe tints a deep cherry laying a smooth film swelling at the rim and draining all liquid. The nose on opening is rancid with little anticipation of dissipating. The first sip has a bright burn, a silky feel with main flavours of black cherry and earth - extra dry. Pair with savoury stews or Montreal smoked meat and sauerkraut. An unusually strong ascetic bite that aerating only helps a tad. Air 30 minutes before serving - not recommended. 81

Released by Vintages on September 3, 2016. Rate 90 by Roger Voss, Wine Enthusiast (July 2016).  My notes: Comes with a glass stopper sealed in clear plastic, annoying as I don't open that many to have found an easy way. Otherwise a delicate pink enhancing a coquettish bottle with a distinct floral rose to the nose. The first sip swells with a soft allure, silky and full of apricots warming the throat while taking its time on the way to an extra dry finish - both luscious and intrusive. Perfect for a summer patio sipper. Sufficient body and flavour for a little crushed ice. Pair with mussels in a white wine sauce no garlic or a chilled shrimp tray.  92

Released by Vintages on September 3, 2016.  My notes: Rated 90 and up by several accredited wine professionals , including Sara D'Amato winealign.com (Jan 20, September). I'm interested in how it compares with several reds recently rated in this blog.  Aerating attempts to temper the astringency in the first sniff and mellows a sharpness that continues as a very warm, extra dry sipper. Rich, bold and full- there's no compromise to flavours of deep blueberry blackberry and a touch of crankcase. Swirling shows a firm viscosity via a complete ring of quick tears and smooth texture. Save for cigar chomping brandy sippers or have a backup. Pair with beef tenderloin or long ribs rubbed or brushed with a Barbarian mix. Cellaring several years should mellow putting more emphasis on warmth.  92

Released by Vintages on April 1, 2016.  My notes: A light yellow swirling a thin film then showing a fragmented residual and a few fast tears. An aroma of green banana and papaya blended so neither dominates.  A smooth texture, brightly ascetic but not biting, with a hint of lime  - an appealing sipper with few highlights. Always available for a social get together of those expecting some dryness in their riesling. Pair with a seafood tray and hard cheeses. The complementing flavours of grilled scallops would be my preference. 86

Released by Vintages on April 30, 2016.  My notes: A combination of faint lime and Granny Smith apple with a powder puff softness that slowly develops in the glass. Serve at 10oC for broadest range of textures as it heads to 14oC. A swirl leaves a wrinkled edge that slowly shows a few swelling points from a  thin film. The first sip wakes the palate with its chalky spread and brightness. The finish continues as dryly ascetic with some warmth. This would benefit with baked fruit and pastry: apple, raspberry, strawberry, blueberry, etc. Should be OK with seafood.  A drink now - not recommended. 83
at 1:00 am No comments: